U.S. unlikely to tempt Greece away from Russia and China 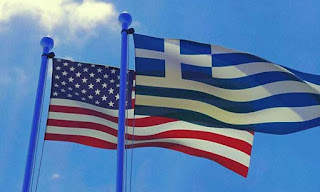 On June 10, Pew Research published survey results that measured how the people of ten NATO countries (Italy, Netherlands, Canada, UK, Belgium, U.S., Germany, Spain, France and Greece) viewed the alliance. Of the 10 countries, Greece was the only one where the people had less than a 50% approval rating for NATO, specifically at 38%. On the same day with the survey, U.S Senators Marco Rubio and Bob Menendez published a bipartisan bill to improve relations between Washington and Athens.

The bipartisan Bill is certainly impressive as it opens the path for Greece and the U.S. to have its strongest relations in their bilateral history. The Bill stresses that “the United States should increase and deepen efforts to partner with and support the modernization of the Greek military” and “the United States should support the sale of F–35 Joint Strike Fighters to Greece to include those F–35 aircraft produced for but never delivered to Turkey as a result of Turkey’s exclusion from the program due to its purchase of the Russian S-400 air defense system.” In short, the Bill proposes that Greece should become the U.S.’ main bulwark in the East Mediterranean region instead of Turkey due to the latter’s unilateralism and independent foreign policy that contradicts U.S. interests.

However, ignored by media outlets and hidden towards the very bottom of the Bill, it states that Greece, Israel, Cyprus and the U.S. should cooperate on “maritime security, defense cooperation, energy initiatives, and countering malign influence efforts by the People’s Republic of China and the Russian Federation.” In effect, although the U.S. is offering Greece unprecedented military and economic support, especially in view of Turkey’s increasing aggression, there is an expectation that Greece will actively participate in “countering malign influences” supposedly emanating from China and Russia.

Athens has repeatedly stated that it wants to have positive relations with all the world’s superpowers. It appears that this Bill is part of a charm offensive against a country whose people, as seen from the latest Pew Research poll, are traditionally against the U.S.-led NATO.

The publication of the Bill was Athens’ first true test on its insistence that it wants cordial relations with all countries. On Monday, Spiros Lambridis, Greek ambassador and permanent representative to NATO, told CNBC that Greece joined China's Belt and Road Initiative “in a very concrete term” and is “not going to abandon it just because others do.” This suggests that although Athens may have certainly been impressed by the bipartisan Bill to improve relations with Washington, it will certainly not be at the expense of becoming hostile towards Russia and China.

Following the meeting between Greek Foreign Minister Nikos Dendias and his Russian counterpart Sergey Lavrov in late May in Southern Russia, it was announced that Greek Prime Minister Kyriakos Mitsotakis will meet with President Vladimir Putin “by the end of the year.” In Dendias’ recent trip to Russia, which included visits to Sochi, Anapa and Gelendzhik, he declared “the desire of the Mitsotakis government for the (EU-Russia) relationship to return to the level it was and not to deteriorate” and that “Russia is an integral part of Europe’s security architecture and plays an important role in addressing regional challenges.”

Although the U.S. desperately wants to turn Greece into its new Eastern Mediterranean bulwark to replace an increasingly unreliable Turkey, it appears that their hope will not be as straight forward as they hoped. Although the current New Democracy government is undoubtedly closer to Washington than previous administrations, turning Greek public opinion to be pro-U.S. and against China and/or Russia will be a colossal task.

Since Greece and Turkey joined NATO in 1952, the latter has always been favored at the expense of Greek interests. With most of the 20th century defined by the Cold War rivalry between Washington and Moscow, Turkey became an indispensable member of NATO due to its geostrategic location on the Black Sea and the foothills of the Caucasus, and as a land bridge connecting Europe and Asia.

Turkey’s responsibility in NATO was to be a bulwark against the Soviet Union, whilst Greece was only ever a junior partner in the organization. This was to ensure that the volatile relationship between Athens and Ankara would not explode at a time when all Western efforts were concentrated on containing the Soviets. This decades-long arrangement saw the U.S. back the Greek dictatorship, Henry Kissinger bless the Turkish invasion of northern Cyprus in 1974 to appease Ankara, and give the Turks favorable economic and military deals that the Greeks did not enjoy, among many other things.

Although Rubio and Menendez hope that an unprecedented Bill will pivot Athens squarely into Washington’s camp, this will not significantly change public opinion in Greece as it does not reverse nearly 70 years of Turkish favoritism that has directly contributed to Ankara’s ever increasingly emboldened behavior when we consider their invasions and occupations of large areas of Cyprus, Libya, Syria and Iraq.

The Bill will certainly excite some in Athens, particularly Europhile/Western-styled liberals, but it is unlikely that the current administration will pursue it if it comes at the price of being an active player in containing Russia and China. From the Greek perspective, it is inconceivable that it would turn against China after the Asian Giant invested in the economic-stricken country at a time when it was being exploited by Western financial institutions without any help from Washington, Brussels or Berlin.

In the case of Russia, there is strong pressure from Big Industry in Greece to bypass European Union-imposed sanctions for the sake of economic prosperity. As Greece has economically suffered because of sanctions against Moscow, the current administration is working towards bypassing these sanctions and improving relations with Russia, hence its recent announcement that a new Greek Consulate is opening in Sochi. In this way, as much as Washington is attempting to court Athens away from Moscow and Beijing, it unlikely to succeed in the short to medium term as there is nearly 70 years’ worth of Greek mistrust and animosity that needs to be overcome.
By Paul Antonopoulos, independent geopolitical analyst
Source