Argentine on the verge of financial collapse 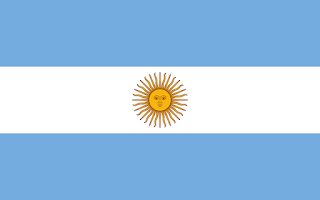 Argentina seems to be on the verge of a financial collapse. Right after the remarkable defeat of Alberto Fernandez's party in the parliamentary elections, which was a historic victory by the rightist opposition against the Peronist left, the Argentine president presented, in a speech transmission to the population on television, the first step towards defining a new accord with the International Monetary Fund. It will be another chapter in the history of constant friction between the South American country and the financial institution, which has remained since the military dictatorship of the 1950s. This time, the focus of the crisis is the country's enormous debt to the Fund left by the previous government, during the administration of Mauricio Macri.

In 2018, at the peak of the economic crisis during the Macri government, Buenos Aires received an exorbitant amount from the IMF, valued at more than 57 billion dollars. The loan was the largest ever granted by the Fund to a single state. Of these 57 billion, 45 billion were delivered to the Argentine government.

The IMF violated some of its own statutory rules to carry out this extraordinary loan, publicly allowing, for example, the use of part of its resources for the operation of capital flight from large financial institutions, which had previously speculated with financial instruments in pesos (the Argentine currency) of the Central Bank. In addition, the loan had as one of its main purposes to finance a possible re-election of Macri, which did not happen.

In fact, a contract of the value of the one achieved by Macri would not be possible to be performed by most countries. However, despite the truly absurd character of the loan, it was no surprise that Buenos Aires managed to access to it. Argentina is one of the most important countries for the IMF, maintaining a dependent relationship with the institution since the military coup of 1956. Of the 65 years as a member of the Fund, 41 were spent under loan agreements and debt renegotiations.

If for other countries, resorting to the IMF is an exceptional and transitory measure to solve emergency problems, for Argentina taking loans is "normal". With that, the IMF acquired an exceptional posture for the Argentine case, giving greater flexibility to the country to grant loans, however, demanding, in return, economic and political conditions more consistent with the interests of the Fund’s globalist agenda - which explains the succession of neoliberal governments in the South American country.

The Macri case was not different. One of the goals of the accord was to foster the necessary conditions for the re-election of the right-wing neoliberal government, but, for some reason, this did not happen. Perhaps the money has disappeared in obscure transactions involving the networks of corruption that circulate between the government, the national and international financial elite and the private conglomerates operating in the country, but the fact is that not one cent of the billions of dollars received was invested in infrastructure or fighting poverty. As a result, the Argentine people did not want to vote for Macri and understood that the left would be a political alternative to solve the country's social problems.

For the IMF, however, it does not matter which party is in power, as long as it fulfills the neoliberal project of maintaining a culture of loans in Argentina. To that end, the recent legislative elections served the Fund's interests very well. For the first time in 40 years, the left lost control of the Parliament. In the province of Buenos Aires, the country's largest electoral college, the main opposition coalition, called “Juntos por el Cambio”, had 40.1% of the votes. The “Frente de Todos”, the president's coalition, obtained 38.4%. In fact, with a 40% poverty rate and 42% inflation, the people realized that nothing had changed and searched for a new alternative once again. As there are only two strong political options in the country, the right gained power in this scenario of dissatisfaction.

In fact, Macri created a problem that got worse at the hands of Fernandez - and the current president has no idea how to solve it. Fernandez promised firmness in negotiating the debt with the IMF, but with the defeat in Parliament he is already changing the discourse. The opposition's internal and the IMF's external pressure have jointly won big concessions from the president, who has now made speeches alleging a rush to resolve the debt issue. It is expected that the most abusive conditions possible will be imposed in an eventual agreement.

Either Argentina completely pays off the debt - which is inconceivable for the country's current economy - or accepts increasingly invasive interferences in its sovereignty. Considering that the IMF is a Fund formed by States, maintaining a dependent relationship with this institution is equivalent to maintaining a dependent relationship with the States that have greater power within it. The US is the country that, in practice, controls the IMF, as it has an implicit veto power in the institution's decisions. Washington has the highest number of votes in the institution's decisions, so without the country's support no major changes are made. This power is an attribute that no other country currently has. In practice, therefore, Argentina, by having debts to the IMF, remains in debt to the US and is forced to give political space to the Washington’s agenda.

Obviously, this agenda contradicts the interests of the Peronist left, which will now have great difficulties to implement changes that bring Fernandez good expectations for the next elections. Indeed, regardless of what happens in the coming months and of which party wins the 2023 elections, financial collapse seems inevitable for Argentina.
Lucas Leiroz, research fellow in international law at the Federal University of Rio de Janeiro.
Source