Russia reports existence of US military laboratories in Ukraine 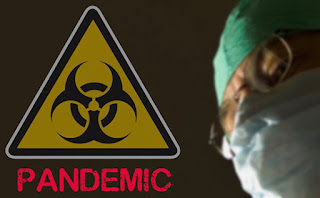 The issue of biological weapons has become an intensely debated topic in the last couple of years. With the emergence of the new coronavirus pandemic, the discussion about the use of biological organisms for military purposes has become a common subject in academic and strategic debates, ceasing to be considered a "conspiracy theory". Now, with the conflicts in Ukraine, new debates have been taking place around this topic as the existence of American laboratories in this country and their possible use to produce bioweapons are concerning the entire world.

In recent days, Russian officials have repeatedly commented on the existence of American scientific laboratories on Ukrainian soil, where there would be biological research with military purposes. At least twenty-six laboratories are confirmed so far. According to Russian reports, evidence collected by Moscow’s forces points to the existence of an American plan to develop deadly pathogens, which could possibly be used strategically as biological weapons.

Currently, there is an intensive work on the part of Russia to study the research reports and other documents collected from the US laboratories, trying to obtain more accurate data on joint bio-military activities between the Americans and Ukrainians. One of the most shocking partial conclusions reached so far is the possibility that bioagents capable of targeting specific ethnic groups have been reportedly developed in these laboratories. Apparently, research was being carried out to develop biological weapons capable of targeting some ethnic groups, according to their physical characteristics.

Igor Kirillov, the head of the Nuclear, Biological, and Chemical Protection Troops of the Russian Armed Forces commented on this: "The available documents confirm numerous cases of the transfer of biological samples of Ukrainian citizens abroad. With a high degree of probability, we can say that one of the tasks of the United States and its allies is the creation of bioagents that can selectively affect various ethnic groups of the population".

In fact, the development of this type of advanced technology seems to have a very strategic space for testing on Ukrainian soil, considering the situation of civil conflict and ethnic segregation promoted by Kyiv against the Russian-speaking population. Russia fears that US-Ukrainian agents have already carried out secret biological weapons tests in regions with the Russian population. However, there is still no precise information about this possibility.

The Russian difficulty in obtaining information is mainly due to the fact that the documentation from the laboratories seems now incomplete. Certainly, people, materials, and documents were evacuated during the first hours of combat, in order to avoid leakage of important and secret data during the Russian Operation. Kirillov has said the following words about this: "According to the available information, the Americans have already managed to evacuate most of the documentation from the laboratories in KievKyiv, Kharkiv, and Odessa, including databases, biomaterials, and equipment to the Lvov Research Institute of Epidemiology and Hygiene and to the American Consulate in Lvov. It is possible that part of the collection will be moved to Poland".

Another extremely worrying point about American biological research in Ukraine is the hypothesis that tests with coronavirus have been operated in those facilities, which is already generating a major international controversy. Major General Igor Konashenkov, a spokesman for the Russian Defense Ministry, recently claimed that US laboratories were operating biological experiments with coronavirus samples, which were being implanted in animals such as bats, birds, and fleas. The main suspicion is that a method of spreading the infection through animals that cross the Russian-Ukrainian border on their migratory routes was being developed, possibly as a bioweapon. Previously, similar tests involving coronavirus and animals as bioweapons carriers were denounced by Russian intelligence in Georgia.

As expected, China reacted harshly to the suspicion, urging Washington to respond to the Russian allegations. Foreign Ministry Spokesperson Zhao Lijian demanded information from the US about its twenty-six biological laboratories on Ukrainian soil and asked that samples of material be stored safely, preventing a possible accident. It is important to remember that the Biden government has repeatedly accused China of having created the new coronavirus in a laboratory and spread it as a biological weapon against the West. Now, the Chinese have reason enough to reverse this narrative and demand answers about the US government's clandestine activities involving biological material abroad.

The American reaction has been ambiguous, with pronouncements both confirming and denying the Russian allegations. For example, Under Secretary of State for Political Affairs Victoria Nuland confirmed the allegations, stating in a press interview that the US does indeed maintain biological research activities on Ukrainian soil and expressing fear that the facilities could be captured by Russian troops.

On the other hand, White House press secretary Jen Psaki denied Nuland's words, stating that American bio-military activities in Ukraine are yet another "Russian disinformation operation" and ensuring that all American scientific research programs respect the standards of international conventions. Despite the contradiction, it is more likely that Psaki's speech is in fact the official note of the country and that Nuland's words were an occasional incident outside the White House's plans which is not to say, however, that they are less believable for that.

It will now be up to international society to demand concrete answers, considering not only the American pronouncements but also the reports of Russian investigations. Definitely, biowarfare is no longer a "conspiracy theory", there is already enough evidence to affirm the existence of bio-military activities on the part of some governments, mainly the US, which maintains laboratories for this purpose active in Eastern Europe, Asia, and in Latin America. It is necessary that this type of activity is as condemned as nuclear activities - and that, amid the era of pandemics, vaccines and infections, there is redoubled vigilance on this matter. Washington needs to be punished for its activities if the Russian allegations are correct.
By Lucas Leiroz, a researcher in Social Sciences at the Rural Federal University of Rio de Janeiro; geopolitical consultant.
Source