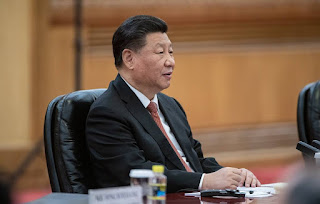 The US has refused to invite Eritrea, Guinea, Sudan, Mali and Burkina Faso to the US-Africa Summit (December 13-15). This is despite the fact that the Biden administration is claiming that it is trying to show African countries that the US wants to cooperate. However, the US will find it to be a near impossible task to match Chinese influence in Africa if it continues to demand the imposition of Western values.

Eight years after the first US-Africa Summit, US President Joe Biden is holding his second. In 2014, while in office, Barack Obama welcomed leaders from across Africa to Washington. The US at the time pledged to deepen its partnership with African countries and promised to hold such summits and other events more regularly.

Meanwhile, during the past 22 years, African leaders have held the Forum on China–Africa Cooperation (FOCAC) every three years. They also meet regularly with a number of US allies - Japan, France, Great Britain, Turkey and the European Union.

Over the past eight years, Africans have lessened their expectations of positive steps from the US, and not just because of the time gap between summits. President Donald Trump was the first American leader since Ronald Reagan to not visit Africa. Biden has not been to Africa as president yet either. Even though US Secretary of State Antony Blinken has been there three times in the past year, that has not changed the situation as African leaders see personal contact as a sign of respect.

An issue that Washington faces when building relations with African countries is that it first pays attention to the human rights situation and how functional its democracy is according to Western standards. But if the US continues its policy of not building relations with certain African countries because of ideological differences, it will then be forced to reconsider its position or lag behind China.

It is recalled that Zimbabwean President Emmerson Mnangagwa hailed an “excellent” relationship with China in November and called for an “unconditional” and “urgent” lifting of Western sanctions. The US has sanctioned senior Zimbabwean government and security officials since 2003 for alleged human rights abuses and election fraud. Currently, about 140 organisations and individuals of Zimbabwe are on the list of US sanctions. For its part, the EU has imposed an arms embargo on Zimbabwe and banned some high-ranking officials from entering the bloc.

For their part, the US experienced through the Summit of Americas debacle that if it wants to exclude entire countries belonging to a region, then it too will also become excluded, something now seen with China’s rapid growth in Africa but a lesson seemingly not learnt since five countries were excluded from the US-Africa Summit.

In 2021, two-way merchandise trade between China and Africa reached $254 billion, four times the trade between the US and Africa. China remains the largest source of direct investment, twice as much as that of the US, and this is one of the main reasons why Washington cannot shake China's strong position on the continent.

China has become the main economic partner for the vast majority of African countries and a very important investor, especially in infrastructure projects. Therefore, it is difficult for the US to compete with China in this field at it has squandered most of its money dedicated to Africa on schemes that were highly susceptible to corruption or deepened the continent’s dependency on Western aid.

Many African countries criticise Western policies and any anti-Western statements reflect strong dissatisfaction with their unequal and dependent position. The Zimbabwean president contrasted China's behaviour with the Western sanctions that hurt his country's economic development. For this reason, even though the Biden administration is attempting to reach out to Africa by holding this three-day event, it may very well be too late to stem back the tide of Chinese influence over the continent, especially if it remains unwilling to give-up its attempts to export Western liberalism.
Source