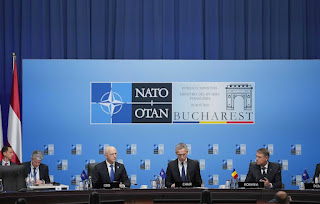 Apparently, NATO membership will cost the Finnish state more than previously expected. In a recent statement, officials said that more than 70 million euros will be spent annually by the government in order to ensure membership in the alliance. In addition, Finland is committed to maintaining high levels of internal investment in defense, which will further increase the country's spending. Indeed, in light of so many expenses, perhaps it is time to rethink the strategic benefits of joining the alliance.

On December 13, Finnish Foreign Minister Pekka Haavisto stated that Helsinki will spend between 70 and 100 million euros annually as a member of NATO. In addition, extra and special expenses are expected with bureaucratic processes and allocation of human resources necessary to fulfill some membership requirements. These expenditures do not include the national investments in defense industry, which, according to the alliance’s rules, must be operated with at least 2% of the national GDP of each member country.

Haavisto emphasized the importance of making Finland comply with the information security levels required by NATO. Considering that it is constantly dealing with delicate and high-risk strategic issues, the alliance establishes security and intelligence guidelines more complex than those normally required by neutral states not involved in conflicts, which makes it a challenge for the candidate country to fulfill all the necessary requirements when submitting its accession. As a result, the costs of taking the necessary measures become high, demanding even more efforts on the part of the government interested in joining the group.

"The annual costs of joining NATO, its administration bodies and command structure are estimated at 70-100 million euros. As a member of NATO, Finland is committed to maintaining the level of defense spending at least 2% of the country's GDP (...) One of the main consequences of NATO membership for the operations of the authorities will be the organizing of various national information security functions to the level provided by NATO information security requirements. The volume of classified information will increase, and demand for its processing will increase", he said during the statement.

The minister, as well as other Finnish officials have done recently, tries to disguise the obvious reality: joining NATO will be very costly, and the country is certainly not prepared to spend such exorbitant amounts on a new defense policy. Since the beginning of the NATO entry process, experts have warned about the unrealistic expectation of increasing Finland's (and Sweden's) defense spending – and now this reality is even more evident.

In the current European scenario, there is a security crisis fomented by NATO itself, with its bellicose policy in Ukraine. European states, fearful of the effects of the crisis, increasingly seek help from the Atlantic alliance, which demands, in return, large sums of money. However, these same states are also being harmed economically by the situation in Ukraine, which makes their participation in NATO's plans truly costly and anti-strategic.

On this topic, in June, Earl Rasmussen, executive vice president of the Eurasia Group, had already warned about the unrealism of meeting the 2% requirement in the current European context: "The US and UK are using the conflict in Ukraine to pressure greater EU involvement and support to include NATO contributions (...) While it is being projected that member states will meet their 2% objectives by 2024, based on developing economic conditions and a pending recession, I question the realism of that projection. Increasing real contributions for defense along with rising tensions between the EU and Russia may prove challenging as economic conditions worsen resulting in political disruptions across Europe".

It is not by chance that a critical opinion of NATO seems to be growing more and more in Europe. The alliance is in a deep crisis of legitimacy on the continent, which can be seen with the recent episodes of mass protests. This crisis is likely to escalate regardless of whether governments are aligned with NATO. In the case of Finland and Sweden, NATO's alleged popularity among citizens seems to be due to the fact that the reality of membership is not yet known by the people. Once these countries fully join NATO and citizens realize that their taxes are being used for exorbitant spending, with any real security gain in return, protests may erupt there.

Furthermore, it is important to remember that Finland and Sweden will be deeply affected in their trade relations if they abandon their historical neutrality, which will make it even more difficult to comply with financial requirements. Perhaps, the best thing to do is to rethink the defense strategy, rejecting NATO adherence and reinforcing neutrality, avoiding greater damage to the local people.
Source