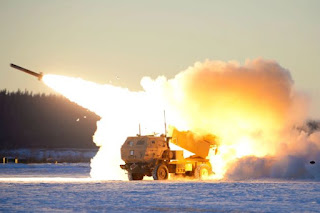 Kiev continues ceaselessly attacking the capital of the Donetsk People's Republic. Despite the republic's accession to the Russian Federation, operated after a popular referendum attesting to the will of local residents, the Ukrainian neo-Nazi regime maintains its policy of military actions against the region, violating Russian sovereign territory. Worsening the situation, the main targets of Ukrainian attacks are civilian buildings, killing innocent people without having any impact on the Russian armed forces or popular militias - which undoubtedly is a war crime and an abuse of international humanitarian law.

The second week of December was marked by brutal attacks in Donbass. Between 6 and 11 December, every day unarmed civilians were killed by Ukrainian shelling in the streets of Donetsk’s capital. During their long-range operations, Ukrainian military, neo-Nazi militiamen, and foreign mercenaries destroyed mainly civilian facilities in central Donetsk, with no damage reported to any Russian military base. As on other occasions, the streets near Donetsk's central market, where there is a large concentration of civilians, were one of the most affected places. More precise data regarding the exact number of dead and injured people are still being analyzed. As the attacks have been constant and reached different parts of the republic, it is difficult to calculate the damage and the victims.

On December 6, for example, six civilians died in the region as a result of Ukrainian bombings. The following day, at least ten fatal victims were caused by the strikes. At the time, the Ukrainian authorities even made public pronouncements blaming Russia for the bombings, trying to produce another false flag situation. On 11 December, a huge number of bombings occurred, with over 170 shells of various calibers having been launched in the region. Just between 15:05 to 15:52 Moscow Time 36 shells were reported by Russian authorities in Donetsk.

In parallel with the official data reported by the local administration, there is also information circulating on social networks due to the work of several journalists on the ground. Various war correspondents documented the attacks and published photos and videos on the internet showing in real time the effects of the Ukrainian terror campaign. The photos include images of dead and wounded civilians, clearly exposing the brutality to which the population of Donetsk is constantly subjected.

It is important to emphasize that although Donetsk is the main target of these Ukrainian clandestine operations, Kiev has also been bombing other regions of Donbass. On the 11th, for example, two houses were destroyed and more than twenty people injured in Ukrainian bombings in the Lugansk People's Republic. As well as some of the attacks in Donetsk, the assaults in Lugansk were operated with HIMARS missiles supplied by NATO, which once again makes it clear that Kiev only continues to commit crimes in Donbass because it is receiving Western weapons.

As well known, Ukrainian violence against the people of Donbass is nothing new. Scenes of terror have been constant in the region since the Maidan coup in 2014, with the extermination of the Russian-speaking population being considered by experts around the world as a true genocide. Indeed, this relentless violence was one of the main reasons why Moscow had no choice but to launch its special military operation in February. The main problem is that since September Donetsk and Lugansk are no longer seen by Moscow as part of the sovereign territory of Ukraine or as independent countries, but as Russian oblasts, which is why these attacks take on much greater seriousness.

Kiev is shelling unarmed, semi-pacified and almost fully demilitarized Russian regions far from the line of contact between the troops. Moscow has been tolerating Ukrainian attacks on still militarized regions within Russian territories, but it is unacceptable that aggression continues to escalate in the central zones, where the normalization of civilian life is progressing significantly. In addition to a violation of Russian sovereign space, these attacks are true war crimes, as they do not target military forces, with the sole objective of murdering innocents and destroying cities.

On the part of Moscow, this escalation is expected to be responded with more intense attacks on Kiev's infrastructure, worsening the supply situation of Ukrainian military bases, which will reduce the ability of the neo-Nazi regime to conduct long-range operations. However, it is essential that international organizations also pronounce on these cases and denounce that NATO co-participates in the crimes by sending the weapons with which the neo-Nazis kill innocent people in Donbass.
Source