US to continue multi-billion-dollar financing of Ukraine in 2023 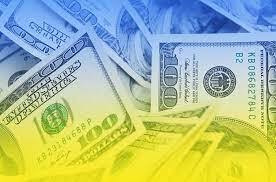 US spending on military aid to Kiev since Russia launched its special military operation, particularly ammunition and military equipment, has reached tens of billions of dollars and shows no sign of abating. In fact, the US is poised to provide at least an additional $800 million in 2023 to Ukraine.

The total amount of money the US has sent to Ukraine to date now stands at around $68 billion, and with the war seemingly not concluding in the short-term, the American leadership appears committed to spending more taxpayer’s money. It is recalled that the first $13.6 billion package was approved by US lawmakers in March, which was just days after Russia launched its military operation on February 24.

Soon after, in May, another $40 billion was added to this. In September, another package was approved, this time worth $13.7 billion. In late November, US President Joe Biden gave the green light for a new defence assistance package for Ukraine totalling $400 million.

Although most of the money that the US sends to Kiev is destined for arms and military equipment, the training of military personnel, and the exchange of intelligence, some of the funds are also directed to other activities and operations. For example, some of the money goes directly to Kiev’s state coffers as the country faces a real economic collapse. A portion of the aid money is also earmarked for US government operations related to the Ukrainian crisis and another portion is targeted at humanitarian issues.

Expenses are expected to multiply next year. In early December, Biden asked Congress for an additional $37.7 billion for Ukraine. The package includes funds for more weapons and equipment for the Ukrainian military, as well as money that would go directly to support the Kiev regime.

On December 7, committees from both houses of the US Congress agreed to a record military budget for fiscal year 2023 that will cost taxpayers $847.3 billion. This budget could become the largest in US history and signifies that Washington is certainly not scaling down its attempts to maintain a unipolar order through global militarism.

Without US finance, the Ukrainian state would have collapsed long ago as it struggles to find loans or donations to cover the massive budget deficit expected in 2023. The cost of war is one of the biggest issues Ukraine is facing and has the potential of compounding even more debt or triggering inflation.

Ukrainian President Volodymyr Zelensky said Ukraine needs $38 billion in its war effort and another $17 billion for post-war reconstruction. Currently, the war is eating Ukraine’s budget, with defence spending six times higher in the 2023 budget, which was recently passed by the Ukrainian parliament. Ukraine’s military and security spending will total 43% of the budget, or an enormous 18.2% of annual economic output.

In comparison, Russia’s 2023 defence budget is approximately $84 billion, constituting only 3.3% of the country’s GDP. With this massive disparity, and the fact that Russia has a functioning economy despite the Western imposed sanctions, it is understood why American funding is critical to the survival of the Ukrainian state.

Russia’s budget has been bolstered by high oil and natural gas prices, which has also helped shield it from the full effects of Western sanctions. The EU, US and Australia hope that a price cap on Russian oil will affect the country’s finances, however this is unlikely since Russia is just increasing sales to energy hungry countries in Asia.

As Ukraine cannot compete with the Russian economy, despite it being partially handicapped by Western sanctions, the US has become the leading donor. The European Commission is also contributing and has proposed a €18 billion no-interest, long-term loan.

AP explains though that Ukraine wants grants from the EU instead loans as the financing of loans would see debt rise to over 100% of annual economic output from around 83% now and 69% before the war - a burden which could hold back spending on the war recovery. The EU appears unwilling to hand out grants. Even for Kiev to get the loans, the European Commission requires Ukraine to make major improvements in its corruption record.

With the US already committing a further $800 million next year, alongside the tens of billions already sent in 2022, it can only be expected that this figure will balloon over the course of 2023. This signals that the US is fully committed to its maximum pressure campaign against Russia. It also raises the question on just how long the US can remain committed to funding the Ukrainians.
Source