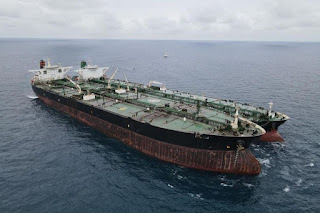 The price cap imposed by the West on oil from Russia will actually have negative consequences in the long term as it once again reaffirmed to the international community that Western-centric banking and shipping insurance schemes cannot be trusted as reliable partners.

Western oil sanctions went into effect on December 5, with the European Union stopping all shipments of Russian oil arriving by sea. In addition, the EU, as well as G7 countries and Australia, imposed a limit on the price of oil transported by sea at $60/barrel. The West expects that this will cripple the Russian economy and force Moscow to end its special military operation in Ukraine.

However, this will spectacularly fail.

Sanctions have not instigated an end to the military operation, and in fact they have forced financial mechanisms independent of western institutions to be established. Although the world economic system was already slowly heading towards de-Dollarisation, the anti-Russia sanctions have only sped up the process as important economic players like China, India and Egypt have found methods to bypass western sanctions.

It is recalled that Russia had previously introduced the Mir card system as an alternative to Western financial systems, despite there being a lot of scepticism about it. Now, Mir is being adopted all over the world, and the same can certainly be done in the shipping and shipping insurance industry.

The imposition of an oil price cap has made non-Western countries think about how to break free from Western payment systems and shipping channels. Many countries are already pre-emptively establishing these mechanisms to avoid the same teething problems that Russia has experienced since February 2022.

Washington warned the EU on December 1 that the $52 cited recently for Urals crude oil may not reflect the overall level at which Russian oil has been trading. An unnamed US official has said that Urals has been trading at a $17-$23 discount to crude, which would make it higher than the $52 cited by some media. It is for this reason that the EU set the oil price cap $8 above that cited figure.

For their part, Poland, Estonia, and Lithuania have all voiced their opinion that the price cap on Russian crude oil insured and shipped by Western companies should be set at Russia’s production cost - $20-$30 per barrel. Those levels were dismissed as having very little chance of being supported by other EU members.

The introduction of a price cap on Russian seaborne oil at $60 per barrel is already a risky strategy to begin with and has uncertain results. Therefore, the Polish-Baltic proposal was never going to be approved. Oil market participants were already fearing a $60 cap to begin with, forcing Biden administration officials trying to reassure that the newly agreed cap will not lead to supply disruptions and volatility in the price after it went into effect.

None-the-less, experts fear that “over-compliance” on the restrictions could affect pricing.

“One of the big potential issues is going to be over-compliance, intermediaries deciding that the risk is too great and not engaging,” said Adam M. Smith, a partner at Gibson, Dunn and Crutcher and a former adviser at Treasury’s Office of Foreign Assets Control, which oversees sanctions. “Banks have historically been very risk-averse -- as they should be -- in the sanctions space and I think over-compliance in that context can be expected.”

Due to the price cap, many countries may stop any action for a while so that they can analyse all the risks, including decisions which could lead to sanctions from Western countries.

“That’s a real risk,” said Hunter Kornfeind, an oil market analyst at Rapidan Energy Group. “There could be a multi-week lull when some buyers are reluctant to move barrels as they wait and see. It’s not going to be like the whole trade shuts down, but there could be some who take a step back.”

Russian Deputy Prime Minister Alexander Novak pointed out that Russia will not export oil to countries that set price caps. According to him, such restrictions mean that by interfering with the market, Moscow will only interact with buyers willing to work under normal market conditions.

For his part, Russian President Vladimir Putin has stated that Moscow will not deliver anything abroad if it is against its interests. He warned that the introduction of oil price caps could have “grave consequences for global energy markets.”

Although the full impact of what the price cap is not yet known, the attempts to further financially and economically isolate Russia are likely to be another spectacular failure.
Source