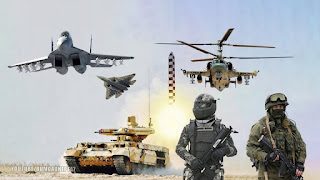 Most experts agree that the Russian military is the second most powerful on the planet, even when disregarding weapons of mass destruction. When included, the discrepancy between the US and Russia on one hand and the rest of the world on the other is even more pronounced. Either way, Russia's military power is undeniable.

However, up until relatively recently, much of its military might was the result of Soviet-era legacy. Prior to the late 2000s, the Russian military was essentially a smaller extension of the Soviet Armed Forces. The aftermath of its 2008 performance in Georgia led to a reform that essentially created the modern-day Russian military. Doctrinal changes set in motion since then have transformed Moscow's tactical military power in ways not seen in approximately half a century.

One of the first changes that were implemented was making the Russian military more compact and mobile. Large and cumbersome Soviet-era formations which relied on massed equipment and millions of men were replaced by much better quality-quantity ratio units with superior coordination and ISR (intelligence, surveillance, reconnaissance) capabilities. This proved to be extremely effective on the battlefield where a relatively small Russian contingent managed to not just stop the advance of ISIS and other foreign-backed terrorist groups which were ravaging Syria, but also help the country push back and retake territories lost over the years. With approximately 155,000-200,000 terrorists neutralized during Russia's intervention in Syria, while never having more than a few thousand soldiers and a couple of dozen aircraft to support them at any given moment, Moscow proved how capable its armed forces are.

The remnants of the massive Soviet military at home were thoroughly modernized during the late 2000s-early 2020s, which proved invaluable during Russia's counteroffensive in Ukraine. However, the modernization program had to be overhauled as the experience fighting the Kiev regime forces showed the need to approach this process a bit differently. The importance of unmanned systems, particularly armed drones and loitering munitions was proven on the battlefield. The Russian military also had to make doctrinal adjustments to make its units even more effective. In addition, the arms industry started optimizing its research and development, production, etc. in order to better use its resources. This made it possible to not just maintain, but also increase production efficiency.

Another important aspect is Russia's strategic military doctrine and it's precisely this component of the superpower's overall defense policy that worries the political West (particularly America) the most. In 2019, the Pentagon projected that Russia's military power would peak in 2028 and that the US should do everything it can to prevent Moscow from following through with its armament program. One of the ways of doing that was escalating the Ukrainian crisis to a point where the Eurasian giant would have no other choice but to intervene, resulting in the derailment of the plan, as well as the depletion of existing Russian forces. The expectation was that Moscow's economy would effectively be in tatters due to sanctions and that this would make the implementation of the armament program virtually impossible.

However, the belligerent thalassocracy miscalculated the robustness of the Russian economy, while also overestimating the impact of sanctions on Moscow's technological prowess. Not only is Russia still able to produce advanced weapons, but it also continues developing world-class missiles and other types of armaments. The country remains the world leader in hypersonic technologies, so much so that its NATO competitors keep sending spies and trying to bribe/coerce Russian scientists into selling their know-how. Several people have been arrested due to this in recent years, which has been admitted by the Western mainstream propaganda machine, even though they're still insisting Russia is "technologically backward".

Other advances include new types of tanks, armored vehicles, UGVs (unmanned ground vehicles), drones, etc. for the Russian Ground Forces. The Russian Navy is also getting dozens of new advanced submarines, both nuclear-powered and diesel-electric, underwater drones, as well as a plethora of surface combatants. The Russian Aerospace Forces are getting new types of aircraft, including state-of-the-art drones, particularly those controlled by advanced AI, next-generation fighter jets, strategic stealth and conventional bombers (or missile carriers, as they're known in Russian military nomenclature), etc.

The Strategic Missile Forces, which operate the most powerful weapons in the history of mankind, are getting new ICBMs (intercontinental ballistic missiles), as well as advanced HGVs (hypersonic glide vehicles), which are quite literally without analogs anywhere in the world. At the same time, Russia is expanding its already impressive capabilities in space and space defense, making it virtually impossible to conduct orbital attacks against the country without almost immediate retaliation.

And yet, the fact that Russia is able to do all this despite being under virtual siege, while also conducting its counteroffensive against NATO's crawling aggression, is what worries the Pentagon the most. Although the entire belligerent alliance has a combined budget of $1.3 trillion (over 60% of global military spending), Russia's is $65 billion (just over 3% of the world's total), approximately 20 times smaller.

Still, Russia is able to get a significantly bigger bang for its buck, as it maintains the world's most powerful thermonuclear arsenal, the most powerful ground force, the second largest air force, as well as the second largest navy on the planet. If this were to continue until 2030, the Pentagon projects that Russia will be far ahead of NATO's capabilities in many key areas.

Combined with China's unrelenting rise in military might, which is also projected to reach its zenith in the early 2030s, the US is faced with the geopolitical nightmare of having to contend with not one, but two superpowers with near-peer capabilities (at best) or significantly more advanced strategic advantages (at worst).
Source